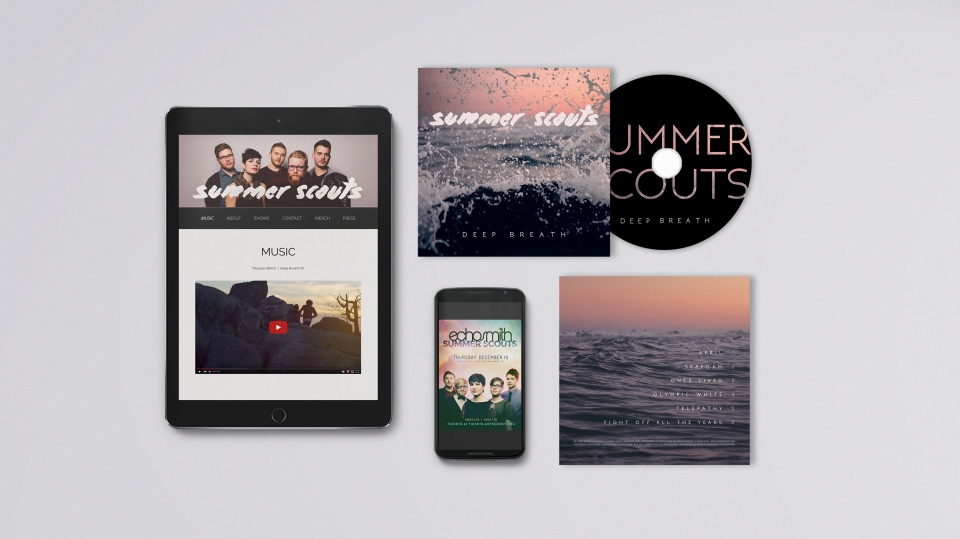 Branding for the 2015 release of Summer Scout’s second EP, Deep Breath was lifted straight from one the EP’s singles called “Seafoam”. The album art pairs a crashing wave with the stillness of a calm ocean at sunset in attempts to capture the album’s range of sounds that span energetic pop, thunderous rock, and melancholic longing.

I creative directed the band’s second photo shoot to showcase their dark, yet earthy style, and produced and co-directed the narrative video for the single, “Olympic White“.